ProjectmewithtiffanyTips, Tricks, How To’s and Tiffany’s ThoughtsBlogWe All Have a Story

We All Have a Story 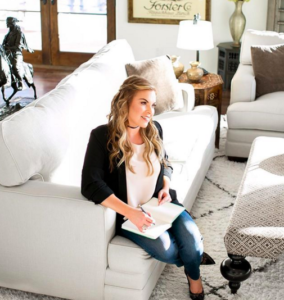 What I loved most about being a television news anchor and reporter was hearing everyone’s story. I loved asking people both unique and simple questions, and never knowing what to expect them to say. In my 4 years at Emerson College as a journalism major, and 4 years at NBC, CBS, and E! News, I got the privilege to interview thousands of people from all walks of life, from celebrities to farmers, to a former President of the United States, to gang members, to single moms barely scraping by.

The one thing in common with all of them (aside from basic human functions), is that we all have a story, that’s filled with pain, joy, and everything in between.

There’s no amount of money, fame, or power to avoid having shit happen in your life. Whether you chose to stay small “safe” and hide or chose to play it BIG and go after your dreams, shit will happen either way. I promise you. Life isn’t meant to be all stress-free and easy. It is meant to be messy at times, and down-right blissful at times. Without those crappy times, we wouldn’t be able to experience the blissful times.

I leave you with one of my favorite questions to ask people: what are you avoiding doing in your life, in an effort to
Trust me, we all have an answer here, as I’ve been asking this question to thousands of people for more than 20 years!!! (Although I didn’t ask former President Bush Jr. this question, as I was too afraid at the time, I did ask several celebrities…yes they all had an answer.).

Get Notified of New Blog Posts!